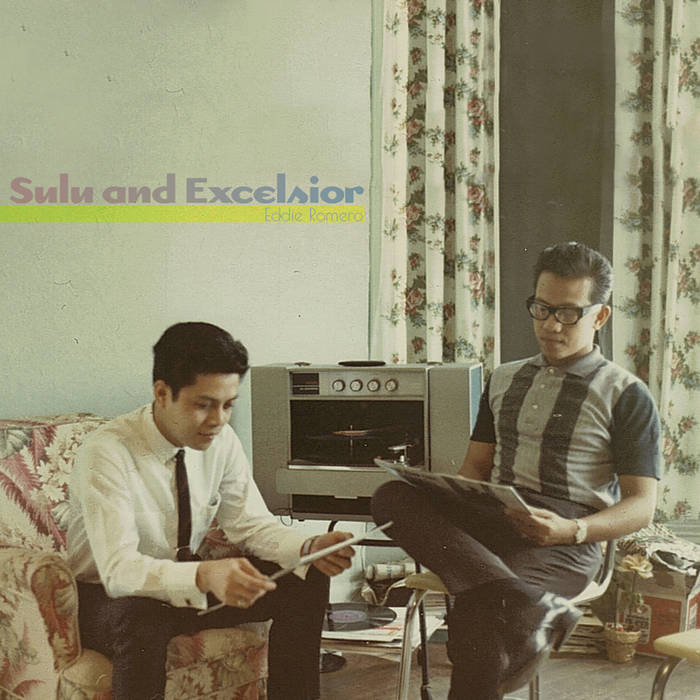 Luckystar8 If Marvin were Latino (and still alive), he'd have much to fear from Sr. Mallorca. Sulu and Excelsior have a silky smooth sound and a ground groove, reminiscent of Gaye's and Hathaway's later years. The rap breakdown adds a modern twist. Too bad I was only able to get the 45, but I eagerly await the next release. Favorite track: Misery Luv.

Noah Wilson A refined, unique, and sophisticated mix of soul, jazz, pop, and hip hop. There are truly no other albums like this on Bandcamp. One-of-a-kind. Vinyl, please! Favorite track: Going Rouge.

"A fantastic debut from Sulu & Excelsior, who have this really unique way of blending together old soul modes with a contemporary hip hop crackle! There's a sweet soul vocal style to many of the lyrics – in keeping with the vibe of the cover image – but the instrumentation is often built from programs and samples – all nice and warm, and very soulful, but quite different than if the record was served up by a live combo! Some moments almost recall the best production work by Adrian Younge – especially in the way that classic and current resonate at once – but these guys are also very much their own act lyrically, with songs that really stand out from the pack." - Dusty Groove

"A really fantastic little single – the kind of cut that should become a classic, if there was any justice at all in the world! "Up To You" has these romping drums throughout, balanced by a nicely dipping bassline – while sweet soul lyrics soar over the top of the song with a hook that's completely compelling!" - Dusty Groove

"The soulfulness of Sulu and Excelsior will be what envelops you initially but then it’s the groove that will have your head nodding along with the track, or have you shaking that ass....The end result would become Sulu and Excelsior’s album Eddie Romero...which will force listeners to hit that repeat button over and over again." - Ghettoblaster Magazine

"The genius hand of Steve Mallorca... he sings and plays every instrument - and channels "What's Going On?" era Marvin Gaye along with early 90's hip-hop for a truly unique album blending gorgeous melodies with some funky boom-bap and rough edge flow underneath...Check it out - highly recommended!" - Total Sonic Media

"The track “Up To You” has Sulu crooning over serious upbeat soul drums with haunting organ behind and a driving bass line that will no doubt get them dancing. Harmonies all around, Sulu has some influences near and dear to him, and when he drops the mic to spit a rhyme, you see the extent of his musical abilities. The horn stabs are killer too, Mr. Sulu plays the hell of that trumpet as well. This is definitely fresh, genre bending long player no doubt." - Flea Market Funk